What's on my blackboard? Show your mathematics to the world! 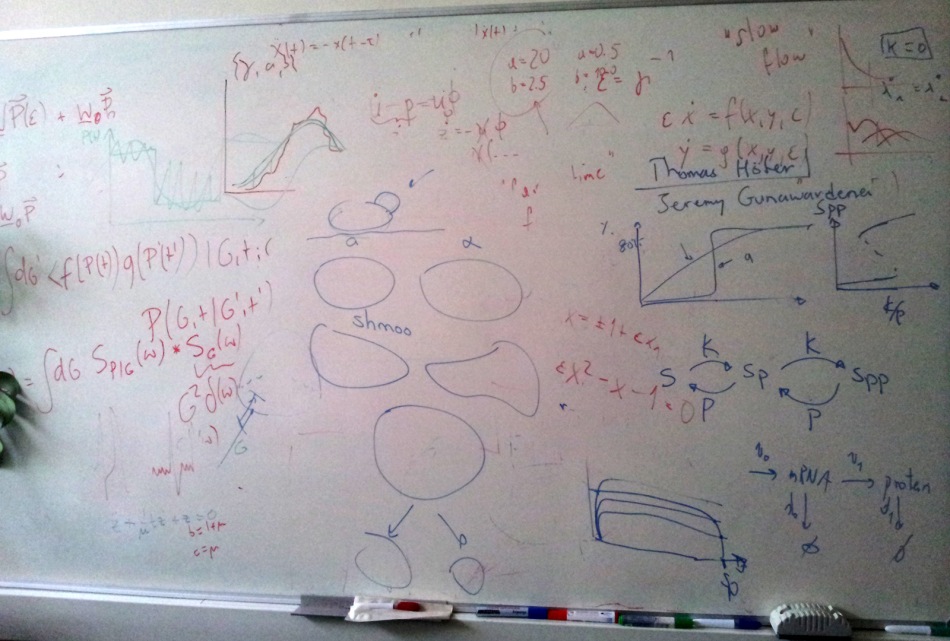 I couldn’t resist taking this photo in the office of Edinburgh mathematician Nikola Popovic. The central image is the result of a conversation between Nikola and visiting speaker Vahid Shahrezaei about the reproduction of yeast. Yeast cells normally reproduce asexually by budding, but cells of opposite mating types (a and α) can also reproduce sexually. The bulge which forms when a cell responds to pheromones of the opposite type is called a shmoo – this is a reference to a cartoon character of that shape invented in 1948. It’s a brilliant word which has found its way into other areas of science too, including a type of reproducing material good in economics, a larva found in sea urchins, and high energy cosmic ray survey instrument.

Other parts of the board refer to Nikola’s work on gene regulatory networks, where he is trying to model processes which have both ‘fast’ and ‘slow’ components, and to see how these components interact with each other.

This entry was posted on May 23, 2013 by haggisthesheep. It was filed under Mathematical biology .